Ted E. Trief of Trief & Olk provides his perspective on life insurance denial claims in New York as featured in this article in Super Lawyers.

Life insurance offers a financial safety net, one that covers final expenses and eases the burden on a surviving spouse or children. So when a life insurance claim is unexpectedly denied, it only adds to the distress of losing your loved one.

“The application process for life insurance is fairly rigorous,” says Joshua L. Mallin, an attorney at Weg & Myers who specializes in insurance coverage litigation. “An innocent misrepresentation—if it’s what the courts call ‘material’ [or important]—is something that will void the policy.”

Failure to accurately answer financial questions or disclose a criminal background may raise red flags, but the primary cause of nonpayment is generally related to medical history. An applicant who withholds relevant medical information, whether intentionally or not, places their policy’s benefits in jeopardy. 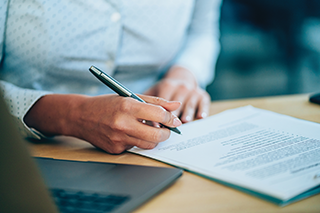 “If it’s an obvious misrepresentation like you had open-heart surgery and didn’t disclose it, there’s no lawyer in the world that’s going to be able to fix it,” says Ted E. Trief of Trief & Olk, who handles life insurance claim disputes. If a question is open to different interpretations because it wasn’t clearly stated, there may be more leeway.

Ultimately, the potential for recovery hinges on this: Would the insurance company have issued the policy in the first place or at the same premium had it known about the misrepresentation? If not, successful litigation is unlikely.

But if the circumstances are “debatable at all,” Trief says, there may be avenues to overturn the decision.

For example, when an insurer sought to void a $3 million life insurance claim due to nondisclosure of smoking and drug use, “there was no doubt that the decedent had used drugs at the time of his death,” says Trief. “But the life insurance company was required to show that [it had also occurred] at the time of the application or shortly before,” a fact that could not be established, so the claim was eventually paid after trial.

Failure to pay just one premium, even after years or decades of on-time payments, can result in policy cancellation. “When people get sick, they don’t focus on their life insurance policy, they focus on their survival,” says Trief. They may miss mailing a payment or not realize their bank account lacks the funds to cover premiums that are automatically withdrawn.

Many states have anti-lapse provisions that require insurers to send a notice of premium due to the correct address, and Trief has been able to reinstate policies by showing the notice was sent to the wrong location, was worded improperly, or was not sent in a timely manner.

Applicants should be transparent in their responses, answering questions carefully, and working with a reputable agent who will do the same. Trief says agents eager to make a sale may encourage the policyholder to leave out pertinent facts.

“Consumers think they’re getting the insurance company’s advice because the agent is paid by the company, but you’re responsible for what you sign, even if the suggestion is made by the agent,” says Trief.

Always question inconsistencies and get everything in writing, says Mallin. When an elderly client wanted to replace a term-life policy with one that had whole-life conversion rights, the new multimillion-dollar policy was issued on the condition that the conversion occur before the term ran out or by the age of 70, whichever happened sooner. Already past the age cutoff, the policyholder received verbal and written assurances from the broker and company’s vice president. Later, when the conversion request was denied based on his advanced age, Mallin leveraged the client’s documentation to bring a successful suit against the insurer.

“It’s my sense that if this was a $100,000 policy, they would have just paid,” says Mallin. “The bigger the policy, the more the insurance company is going to be a stickler and not write a check so quick.”

For more information on this area of law, see our overview of insurance coverage or consult with a reputable attorney.